How far we've come. The first call was placed on a handheld mobile phone in 1973. The prototype device used was capable of less than 30 minutes of battery life and took 10 hours to re-charge. Today, I have half-a-dozen email accounts, three browsers and countless apps on my phone accessing data almost anywhere, anytime I want. 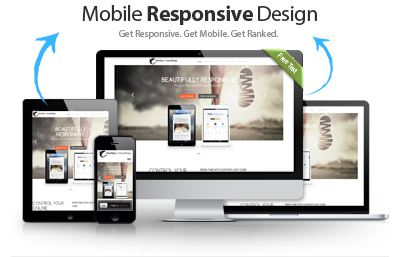 Users are accessing your company website via their mobile devices now more than ever. Ireland has signifiant mobile broadband uptake, with the most recent figures from ComReg indicating mobile broadband accounting for 34.5% of all broadband subscriptions (p83, ComReg Annual Report, 2012) which is typically higher than what we see from clients in other jurisdictions. You can check your users use of mobile via Google Analytics reports, see Audience > Mobile > Devices. Set the timescale to about 12 months to see the uptake over time.

A recent official post from Google explicitly states that they are experimenting with responsive indicators to better their ranking algorithm:

"We are also experimenting with using the mobile-friendly criteria as a ranking signal." - Official Google Blog

Fortunately, Google have provided a Mobile-Friendly Test where you can easily see if your site is up to scratch, and maybe you'd like to check your competitors sites too.

If your site doesn't pass the Mobile-Friendly Test from Google, there's no need to panic - Google have not yet added these criteria to their ranking algorithm. However it's certainly something you need to plan for and implement sooner rather than later. It can be a significant project, often involving redesign or rebuild. Luckily for you, we've been making sites responsive for our customers and retaining their existing rankings throughout the process since responsive design first became popular in early 2012. Get in touch through our footer and we'll assess your responsiveness free of charge and without obligation.